The RAV4 range gets even better with the addition of the plug-in Prime.

Buyers in the market for a solid compact crossover can select from seven different trim levels of the Toyota RAV4 for 2020, ranging from the bare-bones LE model to the rugged TRD Off-Road. But the question of which one to buy has gotten tougher with the addition of the new RAV4 Prime.

After a few days behind the wheel of the latest electrified RAV, we walked away thoroughly impressed. We can't say enough good things about the RAV4 – the crossover looks cool, drives well, and is extremely versatile. This plug-in hybrid version in particular packs 302 horsepower, an impressive 42 miles of pure electric range, and a reasonable starting price of $38,100. The RAV4 Prime makes this already great crossover family even better.

The RAV4 Prime and RAV4 Hybrid look similar on paper. Both cars have the same 2.5-liter four-cylinder engine and two electric motors – one on the front axle and another on the rear. But the Prime's 18.1-kilowatt-hour lithium-ion battery pack is the big differentiator here, as it has way more capacity than the normal, non-plug-in hybrid's 1.6-kWh pack. All told, total system output jumps from 219 horsepower in the hybrid model to a hearty 302 horsepower here. And the RAV4 Prime is genuinely quick – shockingly so.

Even the lightest poke of the RAV4 Prime’s gas pedal yields instant torque from the two electric motors, with the engine providing a nice additional kick quickly thereafter. Foot flat to the floor with the Sport and HV (Hybrid Vehicle) drive modes ticked it takes just 5.7 seconds for the electrified SUV to hit 60 miles per hour. The RAV4 Prime is actually the second quickest Toyota behind the Supra (3.9 seconds), believe it or not. If you want to do that same sprint on battery alone – which isn't as fun – click the “EV (Electric Vehicle)” drive mode, gun it, and the RAV gets to 60 in a less impressive 9.2 seconds.

The RAV4 Prime is actually the second quickest Toyota behind the Supra (3.9 seconds), believe it or not.

The RAV4 Prime does have a big battery, though, so when combined with the same weighty 2.5-liter gas engine as the RAV4 Hybrid, it makes the vehicle much heavier. The Prime SE we tested weighs 4,235 pounds, while the more-loaded XSE model weighs in at 4,300 pounds. Comparatively, the front-wheel-drive Ford Escape Plug-In Hybrid weighs just 3,885 pounds.

At least that extra heft has little effect on the vehicle’s handling. The Prime feels very much like a normal RAV in the turns, which is to say it’s fine. There’s still some body movement and the ride is harsher than we’d like, but the steering is well-weighted and the suspension reacts nicely to tighter turns. Toyota does note minor tuning to the steering and suspension in order to cope with that extra weight, but it’s hard to tell.

While the RAV4 Prime’s abilities in a straight line are certainly impressive, that’s only a small part of what makes this plug-in so appealing. Not only does the big battery pack add more oomph, but it also provides an electric driving range of 42 miles at speeds of up to 84 miles per hour. Combined with the gas engine, the RAV4 Prime gets 90 MPGe and an impressive 600 miles of total driving range. Comparatively, the front-drive-only Escape Plug-In Hybrid gets 100 MPGe but only 37 miles of pure electric range.

For the most part, driving the RAV4 Prime in EV mode feels like, well, driving a normal EV. Power delivery is smooth and the ride is supremely quiet, with only minor wind and tire noise audible from inside. But two new drive modes near the shifter are the secret to unleashing the Prime’s powertrain.

Like the traditional RAV, the Prime has four standard drive modes: Eco, Normal, Sport, and Trail. But a new Auto HV/EV button cycles through hybrid and electric modes automatically, depending on how you drive, while the HV/VE Charge Hold button lets the driver manually select between electric or hybrid. Press and hold that same button while stationary, and it tells the gas engine to charge the battery.

Save Thousands On A New Toyota RAV4

And even in Auto mode, the transition between gas and electric is totally seamless. The gas engine is smooth and quiet when it kicks on – half the time, we can’t even tell whether the gas engine is running or not. Thankfully, the 7.0-inch digital instrument cluster tells us exactly what drive mode we’re in by displaying either an EV or HV graphic in bright green, and it provides other readouts for things like battery range, total range, and average MPG.

When those 42 miles of electric driving run out, the RAV4 Prime has three different charging options. You can plug the standard 3.3-kilowatt charger into a normal 120-volt outlet – like any found in your home – and it takes about 12 hours to fully charge the battery fully. Using that same 3.3-kW charger with a more powerful 240-volt outlet brings the total charging time down to just four and a half hours. But if you want to reduce your charging time even further, the RAV4 Prime XSE has an optional 6.6-kW charger. That charger is part of the $3,765 Premium package, and at 240 volts, it brings the overall charging time down to just 2.5 hours.

But our SE tester didn’t carry that more powerful charging option. So we instead headed to the nearest 6.6-kW ChargePoint charging station to plug in for a part of the afternoon. At a rate of about $0.79 per kilowatt-hour, we left the RAV plugged in for a little under two hours. Upon returning, we saw 13 miles of additional electric range, and it cost us just $2.57 – not including the $3.00 it cost to park in the garage. And those extra 13 miles may not sound like much, but on top of the 10 or so that we already had, we managed to drive from downtown Miami to South Beach and back exclusively on battery power.

The visual differences between the RAV4 Prime and the rest of the RAV range are almost indiscernible. There’s a red “Prime” logo on the rear tailgate and new 18-inch wheels on our SE tester that set it apart, while the XSE model gets nicer 19-inch wheels (a first for the model) and new vertical LED fog lights. But we’re glad Toyota didn’t touch the design, because the RAV already looks good as it is.

Other than two new drive mode buttons on the center console (which, we already talked about), you can barely distinguish the RAV4 Prime’s interior from its pure gas-powered siblings. The SE model we tested gets standard cloth seats (the XSE sports faux leather), a stitched leather steering wheel and shift knob, and soft-touch materials on the door panels and center console. And like the rest, the Prime’s interior is a very nice place to sit – it’s comfortable, spacious, and extremely quiet inside. And the latter part has a lot to do with the electrified powertrain.

The visual differences between the RAV4 Prime and the rest of the RAV range are almost indiscernible.

In terms of tech, an 8.0-inch touchscreen comes standard in the SE model. And that includes Apple CarPlay, Android Auto, Amazon Alexa, and even wi-fi compatibility all standard. The XSE model gets a larger 9.0-inch touchscreen standard – the largest of any RAV4 – but we can’t imagine that one inch makes much of a difference. The Prime SE’s 8.0-inch screen has a clean home layout, crisp graphics, and responds well to touch inputs. The only thing we’re missing here that’s standard on the XSE is Qi wireless charging. It’s not even available on the SE model as an option.

The only option available on the SE model is a $1,665 Weather and Moonroof package. That adds a heated steering wheel, automatic wipers, heated rear seats, and of course, a moonroof. The XSE model has more options, though, like a $1,625 Audio package that includes a larger 9.0-inch touchscreen and a premium JBL audio system. There’s also a $3,765 Premium package that gives the RAV that faster charger, a head-up display, and a hands-free liftgate.

But if you do decide on all of these options, the RAV4 Prime gets pricey quickly. The base SE model starts at $38,100, but our tester cost $39,765 before destination and handling fees. The Prime XSE starts at $41,425, meanwhile, but costs more than $47,000 with every option ticked.

The good news, though, is that the RAV4 Prime does qualify for a full $7,500 federal tax credit – so you could (theoretically) walk away with one for much cheaper. And assuming you do qualify for said tax credit, there’s no reason you shouldn’t buy a RAV4 Prime. But hurry, Toyota says it will only build about 5,000 examples of the RAV4 Prime in the first year of production.

You can’t go wrong with any RAV4, really – it’s a very solid crossover all-around. But the Toyota RAV4 Prime is unquestionably the best of the bunch. It’s the most powerful, offers the most range, charges relatively quickly, and, even in the base SE trim, still has a lot of features – not to mention it’s just very nice to drive. The RAV4 Prime is the definitely one to get. 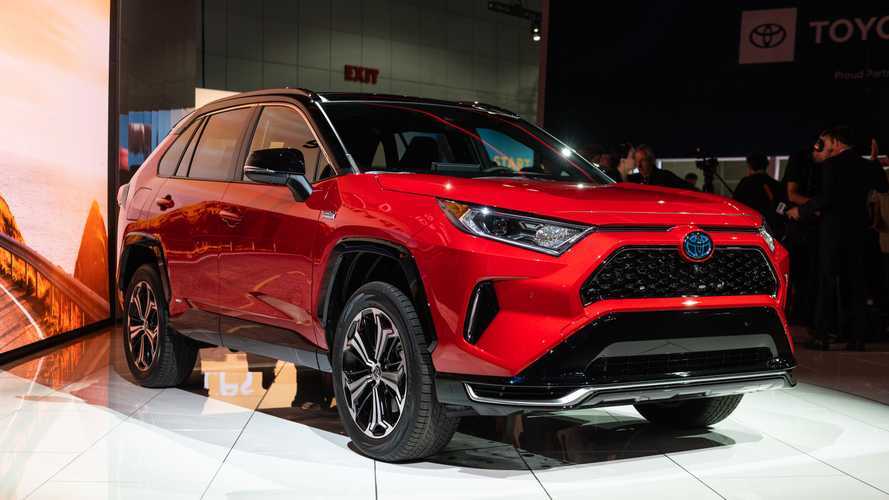